In the early 1900s, when the Palos Verdes Peninsula was mainly ranch land, Japanese farmers began cultivating about 2000 coastal acres, which stretched from Malaga Cove to Western Avenue. Using special dry farming methods with crops that flourished in moist air conditions, these farmers played a significant role in providing vegetables for California dinner tables, as well as garbanzo beans for worldwide markets.

On November 24, 1923, approximately 40 first generation Japanese families gathered to commemorate the completion of a community building which would be used for meetings, language classes, judo lessons, and social events. The celebration was captured in a large photograph, which hangs in the Local History Center.

The 40 Families History Project began as an effort to discover the names of these families, and to put the children with the right parents. Publicity about the Project brought descendants to the Library who recognized grandparents, supplied initial information, and shared family photos. Public records such as the 1920 and ’30 federal censuses, online immigration databases, and the National Archives Internee Files added more information. Conversations with relatives and neighbors gradually fleshed out the paper records.

After identifying about 120 of the 187 faces on the photograph, suddenly knowing just the names was not enough. The Project expanded to learning more about the people themselves: Where did they come from? What brought them here? What was life like for them? Where were they sent during the war? Did they return to the Peninsula afterward? As more information was collected, separate files about each family were constructed.

A ride past these 2000 acres of today’s Peninsula coastline, with its sumptuous homes, Terranea Resort, and Trump Golf Club, gives no indication of the former wide open space where rolling slopes, dotted here and there with farmhouses, looked directly out to the sea.

The original stated mission of the 40 Families Project was “to preserve the soon-to-be-forgotten history of the Peninsula’s Japanese American settlement to educate future generations.” New advances in technology and the dedication of local history researchers are helping to accomplish that mission. The Project remains vibrant and on-going, and any additional stories, pictures, memories, or documents relating to these people are welcomed. 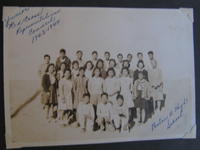 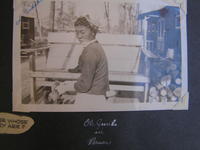 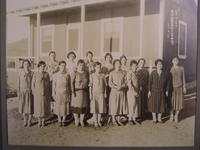 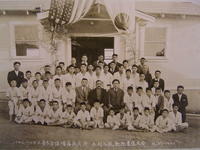 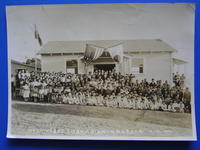 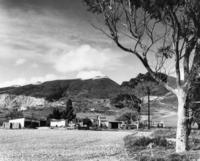 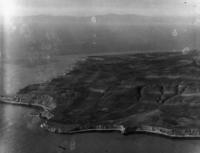 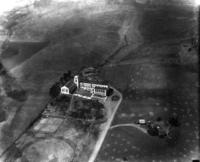